P: Perseverance of the Saints 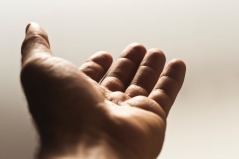 The fifth and final doctrine of grace is my personal favorite because it show us just how unending the grace of God truly is. The doctrine of perseverance simply states that those who are saved by God will persevere in that salvation and will not fall away; they will ultimately reach heaven. Isn’t that a glorious promise?

Perseverance of the Saints is not the same thing as “once saved, always saved.” I don’t believe that “once saved, always saved,” as it has traditionally been understood, is true and I think those four words have done a lot to deceive many, many people into a false sense of security. “Once saved, always saved” implies that one could profess faith in Jesus Christ and then go on to live however they want to, even if that means living in complete and continual disobedience to the revealed will of God, and still make it to heaven because they prayed a prayer or walked an aisle at some point in their past. I think that teaching has misled many a soul over the years, but that’s a conversation for another day.

Instead, what the doctrine of perseverance teaches is that those whom God has saved and regenerated, those who have truly put their trust in Jesus Christ and submitted to him as Lord and Savior, will be kept by God from stumbling in such a way as to lose their faith and forfeit heaven. It doesn’t mean they will be perfect. Believers are capable of sinning and even sinning in heinous ways (just look at King David). But, the doctrine of perseverance teaches that the true believer will confess that sin, forsake it, repent of it, and turn back to God. They will not continue unrepentantly in a life of sin and disobedience to God.

The doctrine of perseverance doesn’t teach us to be cavalier about our faith and it doesn’t give us a “license to sin.” Instead it pushes us toward endurance because we know that only those who endure to the end will be saved (Matt. 24:13). It pushes us to work out our salvation with fear and trembling (Phil. 2:12). But, it also assures us that we are working out our salvation because it is God who is working in us (Phil. 2:13). It assures us that we are being held by the hand of God (John 10:28-29) and that God promises that the good work he has begun in us will be completed (Phil. 1:6). It assures us that nothing can separate us from the love of God that is in Jesus (Romans 8:31-39).

Ultimately the doctrine of perseverance shows us that God’s grace is immensely patient and abundant toward us. Let me be VERY clear here: It does not mean we can live however we want with little regard for his commands and teachings. But it does teach us that those whom God loves and has called to be his children will seek to live lives that please him and will continue in relationship with him for all eternity and he will watch and care for them in such a way that they will never finally fall away from his grace!

We need an important note here lest anyone think this doctrine is a license to sin: If the desire you once had to follow after Christ is gone or you “believe” but have no desire to further follow after Christ, no honest “Calvinist” or “Arminian” would give you any assurance of salvation and would call you to repentance, even within this doctrine of perseverance. Both “camps” would argue that a true believer follows the warnings in Scripture against “falling away”/”walking in the flesh”/”living in sin” and endeavors to live a life that pleases God; confessing and repenting of any known sin along the way.

This brings us to the end of our discussion on the Doctrines of Grace. While I could never hope to exhaustively cover each topic I hope you’ve come to see just how wonderful and amazing God’s grace really is and how, instead of being stiff and constraining, the Doctrines of Grace (or TULIP) really serve to show us just how amazingly beautiful and loving our God is. I hope these five, brief posts have led you to see just how glorious and praiseworthy God is for bestowing such immense grace upon us, “which he freely bestowed on us in the Beloved.” (Eph. 1:6).

If you found this helpful, please consider sharing:

Dr. Justin Tilghman (PhD, Columbia International University) is an author and professor in eastern North Carolina. His research interests involve the intersections of theology, philosophy, sociology, and psychology. He serves as a professor of theology and leadership at Carolina College of Biblical Studies and on the board of directors for Hope Preparatory School, a classical Christian school in eastern NC. He also teaches courses on biblical/theological studies, leadership development, evangelism, and world missions around the area. His written work has been featured by Blogos, GotQuestions.org, and Rooted Ministry. View all posts by Dr. Justin Tilghman